Fischli & Weiss- ‘Should I paint a pirate ship on my car with an armed figure on it holding a decapitated head by the hair?’ The ‘new normal’ they call it, this inexorable spread of queues snaking round blocks for popular shops, sanitisers dotted on the sparse streets, shop staff gazing forlornly at the sunny world outside their cage, Mayfair slowly coming back to life, recovering slowly, a weak patient taking her first tottering steps.

I’d booked a time slot to see the exhibition and arrived early. The gallery assistant at the front desk in a mask and gloves apologised for offering two masks in an envelope, explaining how I and the other visitor should try to avoid each other and asked me what my experience had been like in the other spaces I’d visited. I left her chatting to my fellow visitor and went in to see the show, a capsule overview of the work of the artists who worked together for over three decades.

Appropriately in the basement there is a video of footage captured in a sewer. Kanalvideo (1992) is just over an hour long and as unprepossessing as you would expect given the subject matter. I’ve never understood why artists don’t realise the average modern gallery visitor is unwilling to spend more than, say, around ten minutes on a video piece, let alone one in which barely anything happens.

Things get more interesting when you get to the ground floor. A work that brings to mind The Raft of the Medusa by Gericault, and spread across two rooms, the installation The Raft consists of an array carved out of polyurethane foam, a material the artists came across in LA on the set of a horror film. Over seventy pieces are carved including a skull, a rucksack, a pig and her suckling piglets, cannon, a threadbare tyre, barrels, wooden crates and canisters with a broken mast towering over the piece. Hippos and crocodiles surrounding it add an air of menace.  Made in the Cold War era, the uncertainty and pessimism it conjures have modern-day echoes. Who can say that we are living in a period of peace and prosperity when just recently the centre of bustling cities all around the world from Lagos to London turned into ghost towns, citizens too scared to venture out, curfews and travel restrictions everywhere, people afraid to hug others for fear of falling victim to the silent killer, COVID-19? What’s been served up here is a work that reverberates through the ages for fear and loathing, pandemics and pain have always been with us. You go to the gallery upstairs and come across Fotografias which was made in 2005 and consists of eight vitrines each filled with forty-five four by six inches black and white images, the size of postcards. They are cropped, underexposed photos from wall paintings and promotional signs for amusement parks and fairgrounds, with scenes from urban myths, fairy tales, animals, sci-fi and horror stories. Through these small photographs the artists depict relentlessly dark and disturbing scenarios echoing the barrage of sad, grim news in recent times. Here a demon saws a nude sleeping beauty in half while there a young woman in a sparkling dress stands clutching a microphone about to dazzle an audience. Sex and violence, Eros and Thanatos intertwine in an eternal embrace. Taking from kitsch, commercial pictures has been around since Pop Art, it’s a device that enables artists to express an idea using something that the public see in their day-to-day lives, a way of making art that’s more accessible. This series produced over a decade ago again resonates now. Fischli and Weiss were masters at capturing the essence of modern life in all its crazed, uncertain, garish glory. 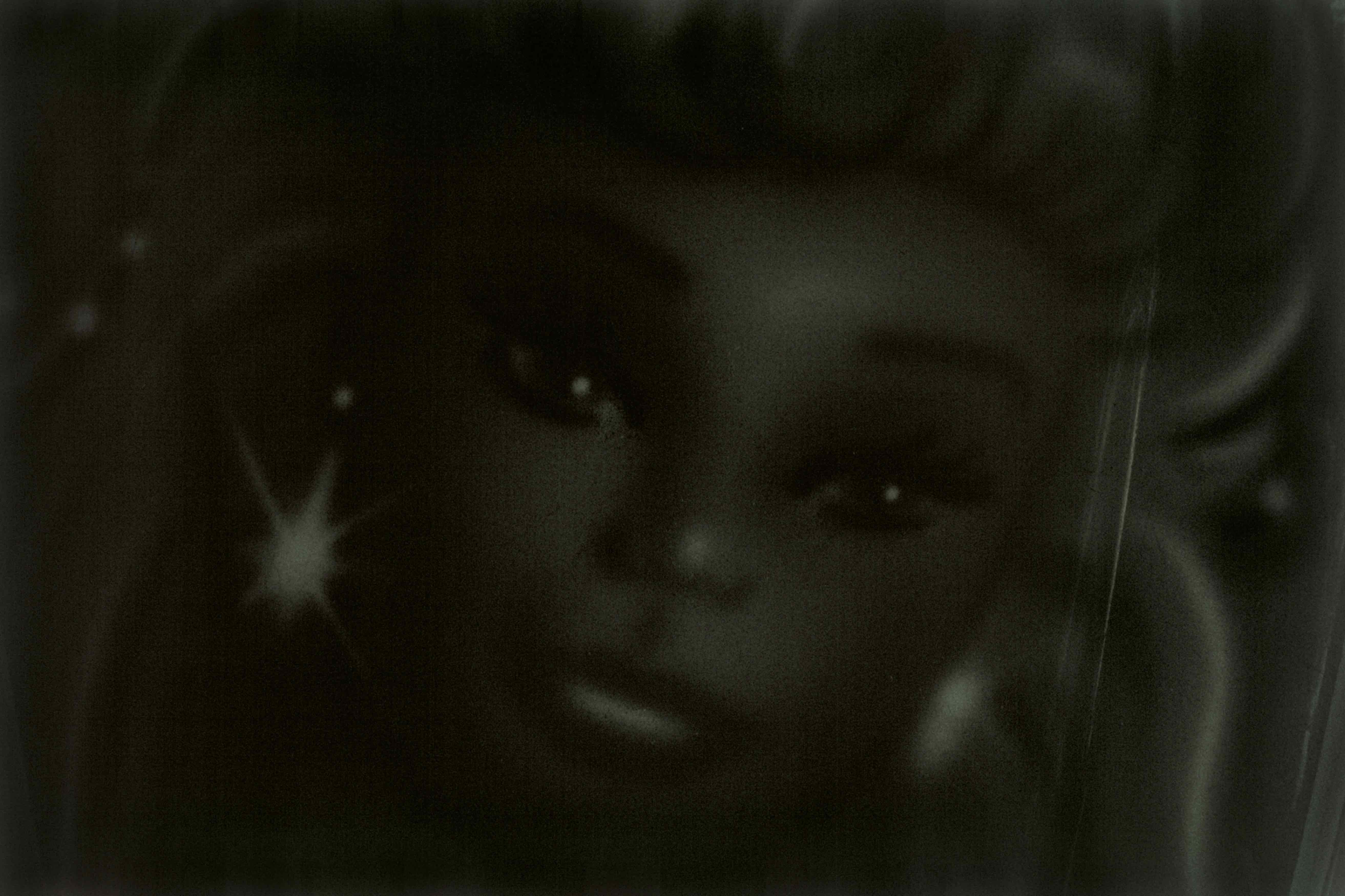